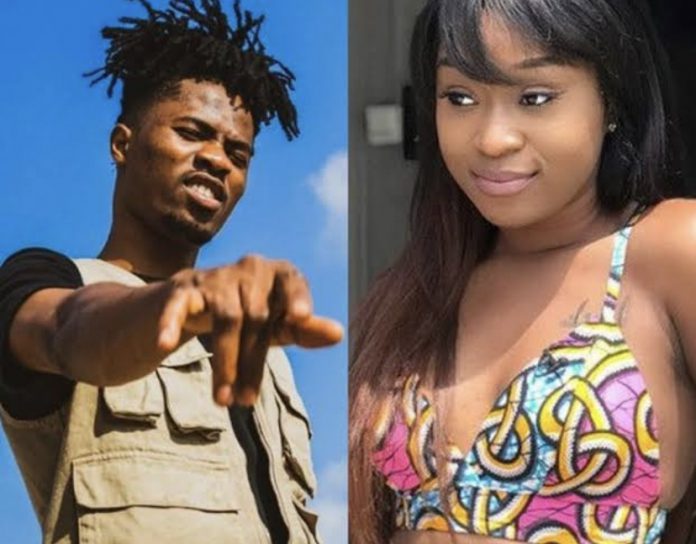 Her black dress on the night of the album session exposed her nipples and became a public discussion as she attracted all attention at the event instead of the much-anticipated event.

The rapper, Kwaw Kese shared a screenshot of the album’s performance on Apple Music’s chart, as it sits on the number 2 list of the music platform.

He said the album would have become number one on the list but became second due to Efia Odo’s outfit which became a public discussion talk than the album.

Efia Odo reacted to the tweet to say, “If I knew this would happen like I would’ve worn Kaba and Slit, I f**ked up.”

However, in an interview on Abeiku Santana’s drive time show, Arthur suggested that he saw nothing wrong with the socialite’s dress and portrayed her as a confident woman.

He said, “I can’t be embarrassed by that because I invited her to my album launch and she honored the invitation and showed up. In terms of what she wore, I think she is a confident woman and she is not afraid of showing herself or being herself. I hope you understand.”

Cubana Cheif prief calls out Maria for an affair with his...