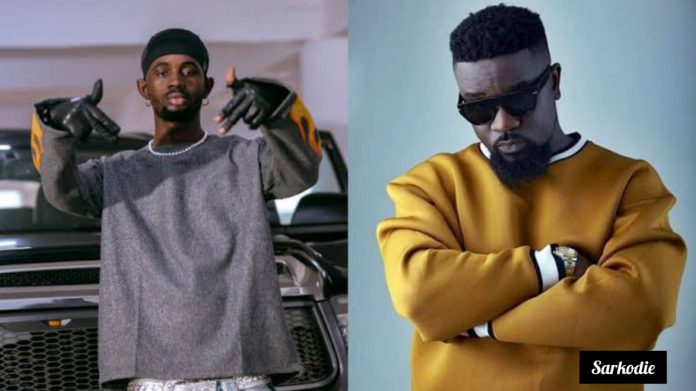 Ghanaian rapper, Sarkodie has warned Naysayers and jealous industry players to desist from Black Sherif and shouldn’t send their witchcraft on the singer.
The multiple award-winning rapper, in a recently released song, disclosed that some witches with ‘foolish’ bitterness will go to any length to see some artists fall when they are winning but they shouldn’t play their gimmicks on Blacko.
Meanwhile, Sarkodie has been supporting Black Sherif the best way he can ever since the young chap broke into the limelight.
He openly confessed during Black Sherif’s album listening party that the musician has great fans overseas and currently holds the fort for Ghana there.
Sarkodie’s statement comes at the back of recent reports that some industry players were preaching that Black Sherif is not too special an artist to be promoted the way Ghanaians are doing.
However, the rapper chipped his warning into the lyrics of his recently released song titled FNIS ( Fraud Nig*s In Suit ).

I have no business with fraud’, says D’Banj after release from ICPC

“I don’t get offended when someone calls me ugly. It’s a...