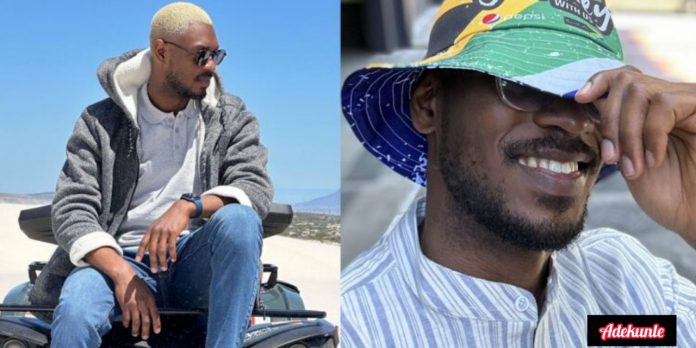 Adekunle poured out his heart in a lengthy social media post bragging about being better than his colleagues while noting that some of them are living fake lives to impress their fans.

Meanwhile, he recalled his time in the house, how he got commendations from Big Brother for his skills and abilities, and how the housemates wanted him on their teams during group tasks.

“A few things I need to clear up.

For those who feel I ruined someone’s mental health, I’m envious of someone, I desperately want to be in someone’s shadow, or I’m intimidated by someone, the many more ridiculous narratives you have come up with to make yourselves feel better,

Please note, There is nothing your fave can do, that I, Adekunle cannot do. There are so many things that I, Adekunle can do, that your faves cannot do. I won the most cash this season. Let’s end this poor person narrative. I am TASKUNLE. Even your faves either wanted me on their team, looked around for me during a task, were afraid of me during a task, or just strongly believed in me to carry the team on its back.

I got personal commendations from Big Brother one too many times. Even for skills and abilities some of your faves said they have/do.

There is nothing I did in that house, that wasn’t a reflection of love. Even when those who were actively against me kept their energy 100, it still didn’t matter. Even when they kept on putting me up for eviction, it still didn’t matter. I always repaid wickedness with kindness, until I couldn’t take it anymore. And even then, I didn’t see any wicked act through. I just talked and moved on.

There is nothing negative I did to any housemate, that wasn’t done to me first. I do not hate or bear any ill will toward anyone. Up until this very moment. I genuinely believe that we cannot all, and we shouldn’t all be friends. Hence, I am making a conscious and deliberate effort to avoid people that I know do not like me, or feel a certain type of way about me. Up until this moment, I still wish everyone the best. I really do wish everyone wins.

If you are faceless on the internet and you say rubbish on my page or post, I will block you. I don’t have the time for nonsense like your faves. I am not claiming to be right about everything or not having my downsides, or not recognizing my wrongs. For areas where I have fallen short, really and truly, I apologize to everyone I have hurt. I am only human and I am prone to making mistakes.

I forgive, but, I don’t forget.

Going forward, I am not taking the quiet or look-away route. Anymore You know you have hidden secrets that I know. If you move anyhow towards me again, I won’t save face or save you. I will expose you. Some of your faves are living fake lives and you shouldn’t be encouraging it. Except, for birds of the same feathers.

Another Sidenote: Every flex the housemates have posted on Mark’s and Jack’s internet during the trip has been sponsored by Pepsi. Don’t let anyone use fake life to deceive you. EVERYTHING!” He wrote.

‘Pouncing cat’ David Mabuza has another hand to play