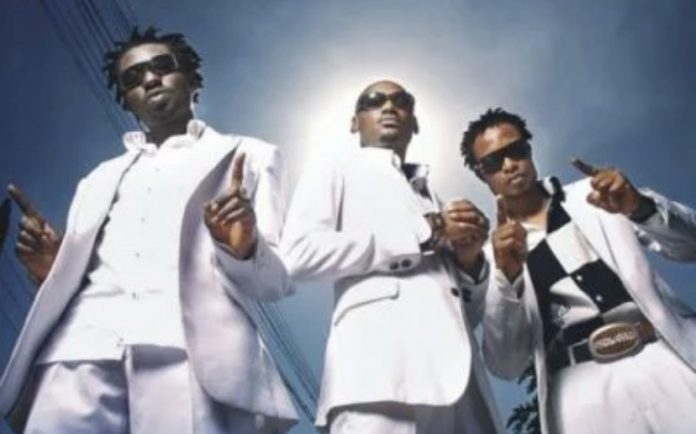 Blackface and 2baba, who are ex-members of Plantashun Boiz, a defunct music trio has reunited in Lagos.

2face, Blackface, and Faze (the third member) were a part of the R&B music group that later broke up in 2004.

The trio parted ways after the exit of 2baba who wanted a solo run on the platform of Kennis Music at the time.

This didn’t go down well with the Blackface and Faze but they moved on and each released their individual albums.

A disagreement later ensued after Blackface accused 2baba of stealing the 2004 hit song ‘African Queen’ from him.

Blackface called out 2face in interviews and social media outbursts and later released his version of the song.

“I wrote the song, I decide who sings it and I decide who doesn’t sing it,” Blackface had argued to justify his move.

It was learnt that a court case followed, and the duo signed an undisclosed settlement agreement in late 2019.

Last week Saturday, Faze, 2baba, and Blackface met at the Lagos memorial of Sound Sultan, rapper who died of cancer.

In a viral video, the three are seen on stage shaking hands, hugging, and publicly setting aside their differences.

It is gathered that they performed a song in honour of the deceased whose death shook the Nigerian music scene.