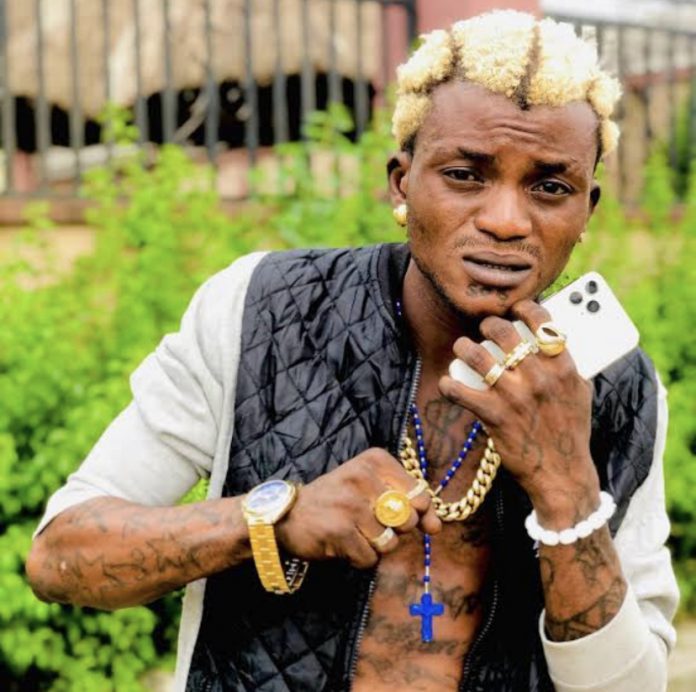 Nigerian singer, Habeeb Okikiola, popularly known as Portable, has cried out for help, saying his life is being frightened by a man, Ija Omode Yusuf.

In a video he posted on Instagram page recently, the Zazoo Zeh crooner alleged that Yusuf, who was his record label boss, gave him a 7-day ultimatum before he would kill him.

He also claimed that in December last year,  the man named Yusuf had stripped him naked while implicating him of stealing an iPhone and a tricycle.

Portable who got known by many through his song, Zazoo Zeh featuring popular dancer, Poco Lee and rapper,  Olamide, said in the video, “Last December, Ija Omode Yusuf stripped me naked and accused me of stealing an iPhone and a commercial tricycle (Keke Maruwa) and he had been threatening to kill me.

“They want to kill me. They have given me seven days. He has asked them to kill me. He went to report me to the police, he doesn’t know policemen are my fans. He reported me to soldiers, soldiers guard me.”

Nigerian economy makes people not to be kind again – Asa