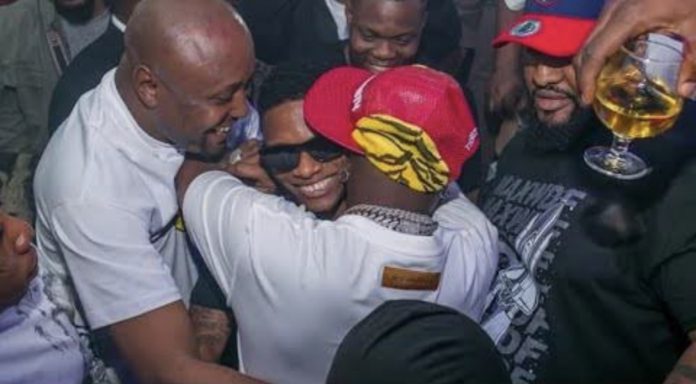 Nigerian award-winning singer, David Adeleke, popularly known as Davido, has reacted to his recent stunning reunion with Colleague, Wizkid and how their fans used the beef they caused for their fun.

Early this year, the duo met at Quilox nightclub in Lagos and the clips showed they spent so much time hugging, whispering into each other’s ears.

While some enthusiasts jubilate over the new development, others alleged Davido hugged Big Wiz as if he had lost the singer’s company.

While speaking recently on in an interview with BBC, Davido speaks about the objections that tailed his reunion with WIzkid.

He said the purpose he seemed more delighted at Quilox Club was because he hadn’t seen Wizkid in 4 years before their surprising reunion.

Davido also noted that his 30BG Fans and Starboy’s Wizkid FC played a big part in their supposed beef and that they were using their lives for their leisure.

He proceeded to say that the beef was now no longer about the artistes but the enthusiasts, seeing as they formed their different gangs.