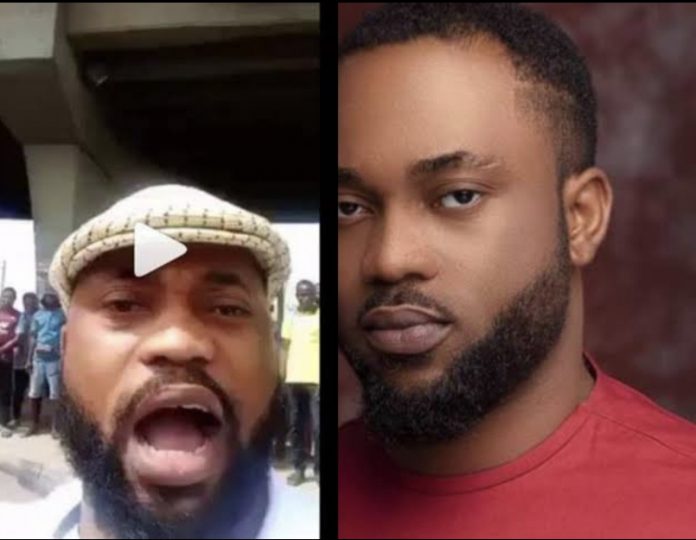 Damola Olatunji, the Nollywood actor, was on Monday arrested and detained following a confrontation with police officers in Lagos.

Trouble started when the actor went live on his Instagram page and then alleged that police officers were assaulting a motorcyclist at the Abule-Egba area of the state.

In the now-deleted clip, which has since gone viral, the movie star had claimed that the officers called him “animal” and slapped Timileyin Salawu, his personal assistant (PA), after they intervened in the matter.

The actor also accused the police officers of “extorting people of their hard-earned money.”

“When we talk about the Nigeria Police, we have the good ones and the bad ones. Examples of the bad ones are the ones you are seeing right now in Abule Egba. They are extorting people of their hard-earned money,” he had said in the video.

It is understood that after the confrontation with the officers, he was detained at the Area P police division in Abule Egba, where he and his PA spent the night.

His detention had stirred criticism on social media, with several of his colleagues demanding his release using the hashtag #FreeDamolaOlatunji.

In another viral video, some of his colleagues were seen at the gate of the police station on Tuesday, while the actor was charged to court.

Olatunji was arraigned before a magistrate court in Ogba, after which he was granted bail with the case adjourned.

However, Sulayman Alabi, his lawyer, confirmed that the actor has regained his freedom.

I break hearts for a living – Olamide