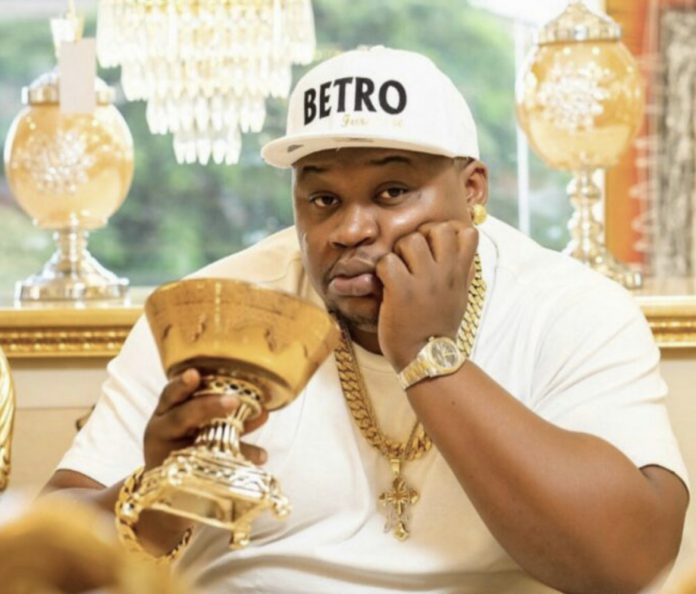 * Who claimed he almost lost his life in shooting incident at Imo State.

Nigerian socialite, Paschal Okechukwu, popularly known as Cubana Chiefpriest in reports that went viral reveal that he narrowly escaped death when unknown gunmen attacked his convoy.
The blogger who first reported the news claimed the attack happened in Imo State and “unknown gun men” were behind it.
Another report also claimed the attack happened in Anambra State and this futher made the entire information that was shared vague.
Meanwhile, netizen’s began panicking, especially those in Imo State as they feared the worse that the insecurity was not getting any better.
Details of the incident, the location of the attack or the time of the attack, could not be ascertain at the time of filing this report. however, a video Instablog9ja posted on its social media handle on Sunday, August 7 shows a vehicle reportedly belonging to him riddled with bullets.
However, Cubana ChiefPriest has now reacted to the news and he called out the blog tagging the information they shared as ‘Rubbish and Unverified’
In his words;
Rubbish Information from @instablog9ja, sh*t never happened in Imo, stop misleading the society with unverified information.

Ghana re-affirms position to leave no one digitally behind