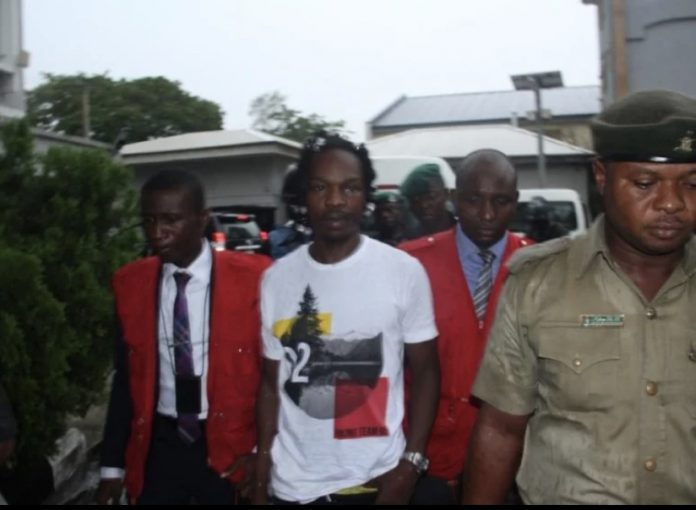 Recall that in May 2019, the Economic and Financial Crimes Commission (EFCC) charged Naira Marley with 11 counts ranging from conspiracy, possession of counterfeit credit cards, and fraud.

And in January 2021, a Lagos court had also agreed more evidence against him via a CD having phone analysis of the defendant tendered through the witness after an iPhone was earlier admitted in evidence before the court.

EFCC had alleged that Marley and those they work together conspired to use different ATM cards to defraud victims.

However, Naira Marley had pleaded he is not guilty to the charges and that led to his trial. Since the commencement of the trial, the prosecution has called two witnesses, Nuru Buhari Dalhatu and Augustine Anosike, both forensic experts with the EFCC.

The duo had spoken in the court on how the defendant often visited sites where stolen credit cards were sold to interested fraudsters as well as other evidence recovered from the defendant’s mobile device.

At the resumed sitting yesterday, Bilkisu Buhari, the prosecution counsel, said the matter was scheduled for  cross-examination of the second prosecution witness, PW2, Anosike.

She implored the court to call on the witness so as to continue the hearing.

While  Akinwale Kola-Taiwo, counsel to the defendants, said that “the matter is for mention today, not continuation as disclosed by the prosecution.”

Oweibo who is the presiding judge, accepted the prayer of the defense and adjourned till October 5, 6, and 7 for the continuation of trial.

‘He is in Sabina Joy!’ Comedy over Senator Kang’ata’s whereabouts during...