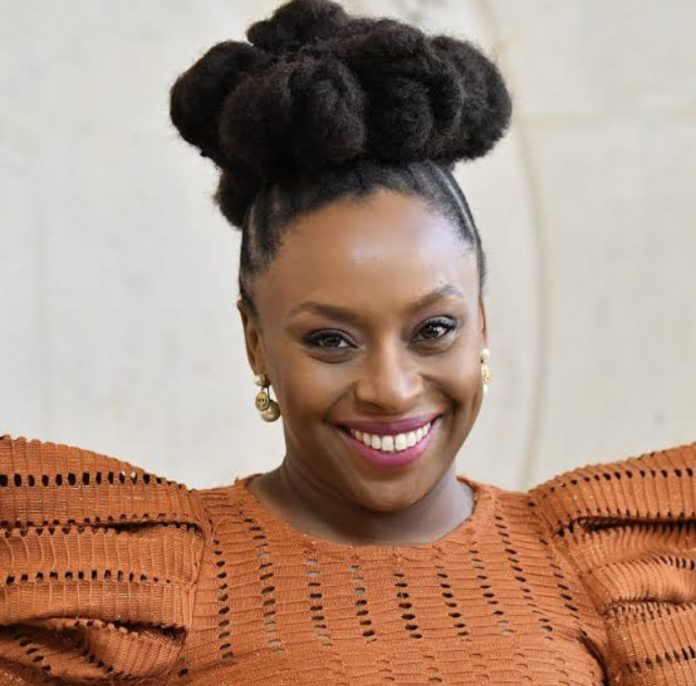 Writer, Chimamanda Ngozi Adichie has dragged the Catholic Church in the eastern part of Nigeria, for requesting for financial aid during burial and other ceremonies.

Chimamanda cited how she and her household were embarrassed and defrauded by a Catholic Priest at St Paul’s Abba, Anambra State, during her mother’s funeral sometimes ago.

She disclosed that the Priest called her during her mother’s Thanksgiving Mass for an interview she granted months before, pinpointing how the Church sometimes makes a lot of monetary demands on members.

She narrates her ordeal as follows: “This Priest at the mass called me out during my mother’s funeral with a hostile tone saying I’m against people giving money to the Church, I don’t want Church to give to the widows who had people upset and the place rowdy.

“I was shocked by his utterances and needed to address the Church; I got the Microphone and told villagers that I’m not against supporting the Church but priest ambushing/ forcing people to give and make them feel they don’t get special blessings if they don’t give money. WHY ambush poor villagers that can’t feed themselves.

“To do this at my mother’s funeral who devoted her life in that Church, I was sad the Priest lacked compassion to give my mum the last respect. My mother deserved better, that Priest failed at his duty to comfort us but increase our pains. I’ve not been able to mourn my mother in peace because this man has not faced any action for his irresponsibility nor apologised.

“This Priest bullied my family about money when my father died, he was upset I gave a cow, and didn’t monetize it, even for bazaar I had to withdraw cash because he does not want cheques or transfers.

“I’m saying this publicly because I don’t want this to happen to people anymore.

“There’s so much that happens during burials in Igbo land, especially Catholic Church in the southeast which shows the Priest is lacking in compassion, they make all sort of demands and may refuse to bury someone because of rites that can’t be fulfilled.

While calling for the needs to stop the act, she noted she and her family never got justice or an apology following the embarrassing incident, but she’s speaking up publicly to prevent something of the sort from happening to other families.

England beat Senegal to set up stage with France