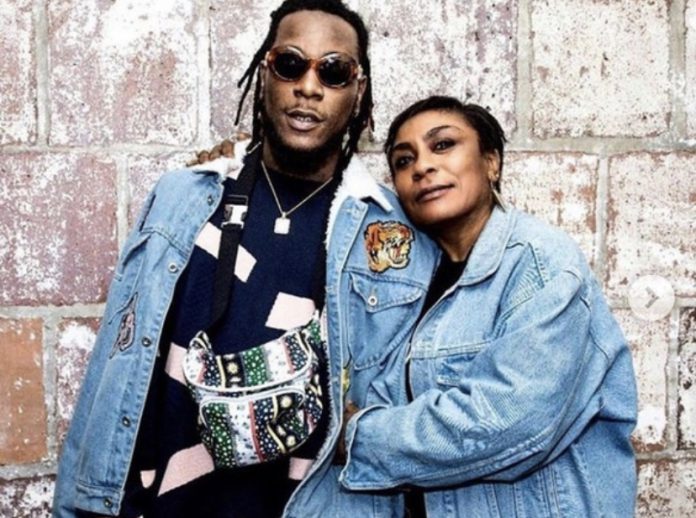 Nigerian superstar, Burna Boy’s mom, and manager, Bose Ogulu revealed in a new video the hardest part of her work.

In his recent feature, Burna Boy‘s mom and manager, Bose Ogulu was also interviewed and she revealed the hardest part of managing the Grammy winner. This was shared via Instagram on Tuesday, the 11th of January 2022.

Burna Boy’s latest CNN Feature saw him and his team get interviewed in a bid to bring the audience closer to what happens behind the scenes. Burna Boy himself was interviewed as well as his mom and manager, Bose Ogulu. His sister who serves as his creative director, Ronami Ogulu was also interviewed as well.

The singer recently released the music video for his latest collaboration with Wizkid titled Balon d’Or and also teased the release of a new single with Victony which he has previewed in the club.

Speaking to CNN African Voices, Burna Boy’s mom, Bose Ogulu revealed that the hardest part of managing him was their fight over expenditure. She explained that they both have different ideas of what money should be spent on. She also revealed how she managed to arrange a compromise.

Mbappe’s Double Sends France To Round Of 16

Damola Olatunji receives bail after being charged to court