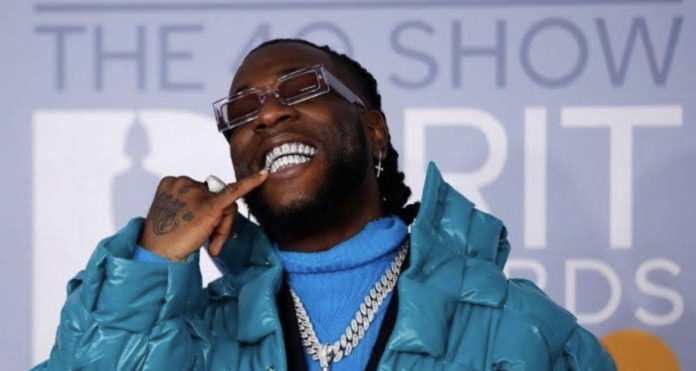 According to a fun seeker, he narrated on Twitter how his friends were fired on by Burna Boy’s police escort after an argument at Club Cubana in Victoria Island, Lagos last week.

The handle, Theflowolf, disclosed the doctor who treated to his friend said if not for the iPhone in his pocket, the bullet could have penetrated his friend’s leg and resulted in casualty.

He narrated how two of his friends who were the victims came into Nigeria from the UK and US for a wedding before the awful occurrence happened.

He tweeted, “I cant even tweet what Burna Boy ‘s people did to my guys at club Cubana yesterday cos i still can’t believe it.”

“My Guys came to 9ja from England & Usa Respectively 4 a wedding. I invited dem out to club cubana a petty altercation with Burna Boy’s people arose (Cos of a woman).The next thing Bullets started flying , one got scraped in the head by a bullet and the other one got shot in the leg.

“When we rushed him to the Naval Medic Center they said they had no blood and he needed 3 pints of O+ blood , they said none of us can donate because we had been drinking from the club and then my friend started to shake on the hospital bed like he was losing his life.

“2 Good Samaritan soldiers then offered to give a pint of blood each which was then used to stabilize him. The doctor said the iphone in his pocket which the bullet went through slowed down the bullet making it less fatal , the iphone saved his life,” the tweet read.

Burna Boy, has however, overlooked the incident by tweeting about different things aside from the assault carried out by his police escort.