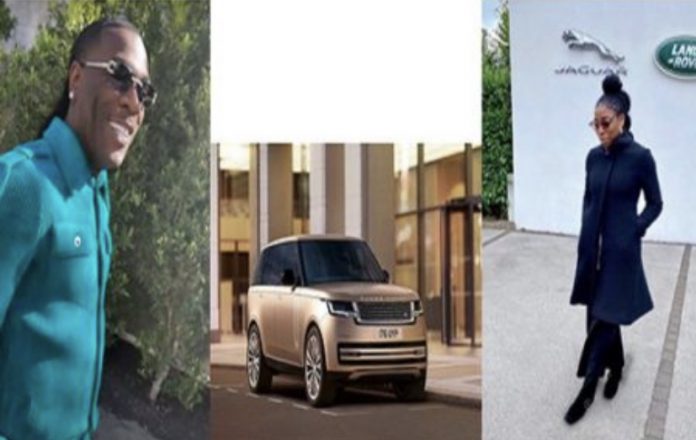 Range Rover has unveiled the first new, redesigned Range Rover in a decade.

Nissi, the younger sister of Grammy award-winning singer, Burna Boy, has also been revealed as one of the creators of the 2022 redesigned model.

The proud big brother, sharing a video snippet of the new car hailed his sister for her ingenuity.

He also hinted at making a purchase of the car as he requested a discount code from her.

“My little sister designed the new range. Someone tells her to run me a discount code,” Burna Boy wrote.

The excited Nissi shared the video with her photo at the facility of Range Rover.

She revealed the making of the car lasted a period of three years.

The tech diva wrote: “NEW RANGE ROVER. It has been a pleasure being part of the team to bring this beautiful car to life over the last 3 years and I’m happy to see it finally unveiled to the world.”

According to the screenshot of the tweets, the company shared an image of the car and wrote: “Introducing the #NewRangeRover. The most desirable #RangeRover ever created.”

Nissi retweeting the company’s tweet, wrote: “After three years of working on this project, I’m happy to see it now revealed to the world.”

Range Rover’s response reads: “It is a wonderful feature of design and engineering. It’s a very proud moment for us all.”

Do not post my daughter on any of your platforms –...