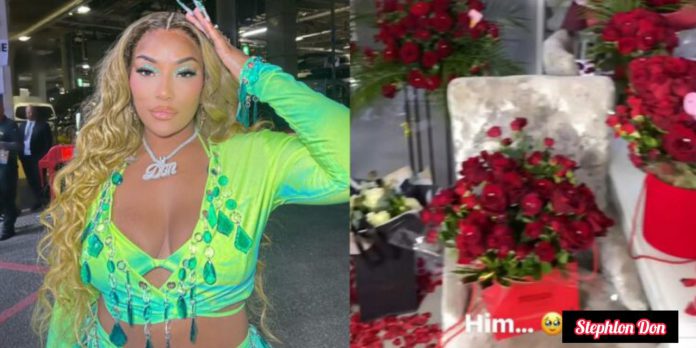 Stefflon Don, a British rapper and ex-girlfriend to Nigerian singer, Burna Boy, has shown off the romantic surprise she received from her new man after she added another year.

It would be recalled that Burna Boy and Stefflon recently threw shades at each other after the latter called him a “mummy’s boy” in one of her TikTok videos.

Meanwhile, the rapper seems to have given love another chance, following her messy separation from her ex-lover,.Burna Boy.

However, Stephlon took to her official instagram page to share a video of the surprise her man arranged for her which showed a bouquet of flowers and designer gifts.

The video was captioned, “Him”.

“Give concrete proof that I am dating a married man” –...