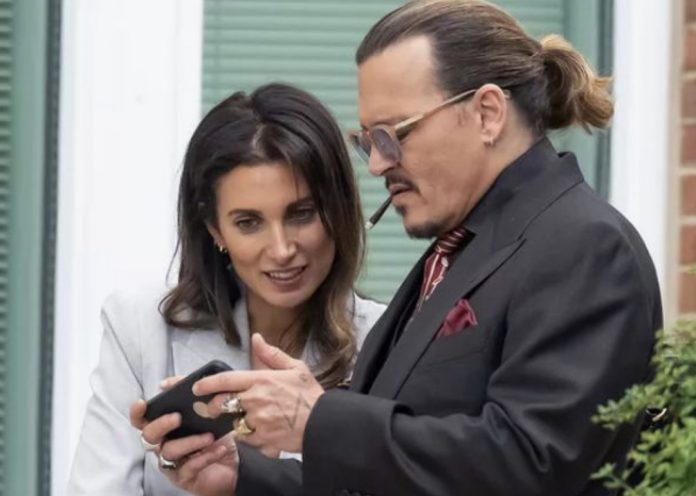 • Who Defended Him Against Amber Heard, his ex-wife
American Actor, Johnny Depp is allegedly dating Joelle Rich, a married lawyer who defended him against his ex-wife, Amber Heard.
Report has it that a source has confirmed the relationship but claimed that the couple are not ‘serious’.
“They are dating but it’s not serious,” the source says.
Rich is a lawyer who represented the Pirates of the Caribbean actor after he sued the UK newspaper the Sun for libel in 2020.
The Sun called Depp a ‘wife-beater’ and he sued but lost.
Joelle Rich was not on the actor’s legal team for his defamation case against Amber Heard in the U.S which he won, but she was reported to be in court multiple times to show her support.
According to the source, the lawyer is married but currently estranged from her husband.
Previously, Johnny was romantically linked to his current lawyer, Camille Vasquez, although she categorically denied it.
I guess it comes with the territory of being a woman just doing her job,” said Vasquez. “It’s disappointing that certain outlets kind of ran with it or said that my interactions with Johnny — who is a friend and I’ve known and represented for four-and-a-half years now — that my interactions in any way were inappropriate or unprofessional. That’s disappointing to hear.”