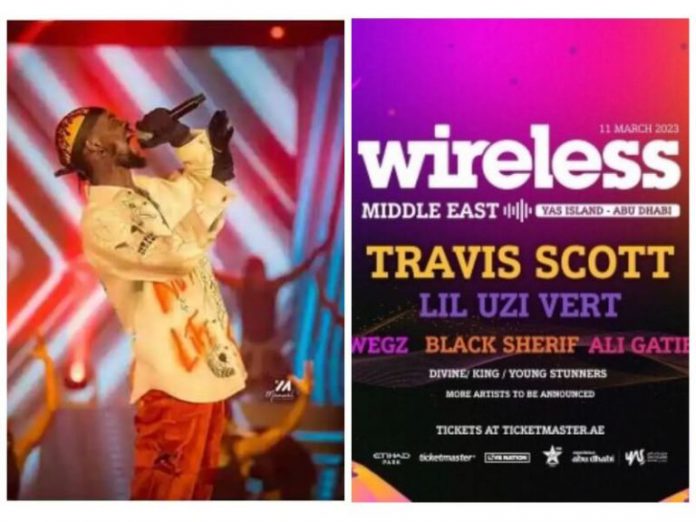 Ghanaian youngster artist, Black Sherif has been billed to perform alongside Travis Scott, Lil Uzi Vert, and other top artists at the 2023 Wireless Festival.

The Middle East will be hosting Europe’s biggest celebration of urban music and pop culture, Wireless Festival, for the very first time and will be held on Abu Dhabi’s Yas Island on March 11.

Notable among such acts already confirmed for the festival are Travis Scott and Lil Uzi Vert along with Wegz, Black Sherif, Ali Gatie, King, Divine, and Young Stunners.

Wireless, which first took place in London in 2005, is known for its high-energy vibe, loads of activations, and immersive experiences that deliver on the dreams of first-time festival-goers and seasoned spectators.