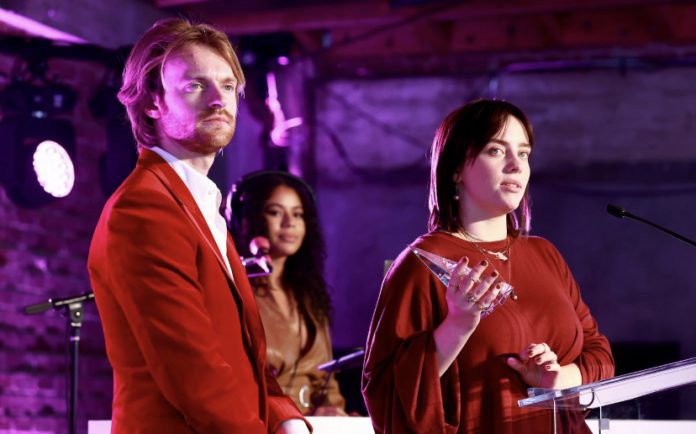 Work on Billie Eilish’s third album is officially underway, this is according to her brother and creative partner, Finneas O’Connell.

He made this known in an interview with Rolling Stone to promote his own new album, ‘Optimist’, the Los Angeles multi-hyphenate said he and Eilish were “really excited to start working on” the latter’s third album. When asked how far along they’d made it into the creative process, O’Connell said they had “interesting skeletons” for songs written, but were “not sure what animals they are”.

“We’ve got the net in the ocean, and we’re picking up detritus,” he told the publication. “And then you sift through all that, and you pick out the treasure, and then you have an album. I’m really excited. I think we’ve got a lot to say.”

Recall that Eilish’s second album, ‘Happier Than Ever’, landed back in July. In addition to its title track, the album was supported by singles ‘My Future’, ‘Therefore I Am’, ‘Your Power’, ‘Lost Cause’, ‘NDA’ and ‘Male Fantasy’.

NME gave ‘Happier Than Ever’ a five-star review, saying it “fully establishes Billie Eilish as one of her generation’s most significant pop artists – and, better still, does so without repeating a single trick from the debut that turned her life upside down“.

“Na for Instagram dem divorce you” – Charlyboy spoofs Ooni of...