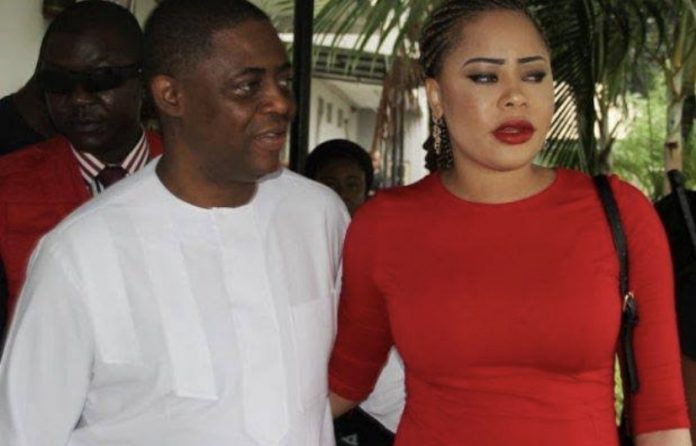 Precious Chikwendu, the estranged wife of Nigerian politician, Femi Fani-Kayode, has revealed how she was beaten just four months after giving birth to her first son.

The former beauty queen made this known while celebrating her first son on his birthday.

“What haven’t we weathered together? You witnessed so many in my womb and when you arrived this world, you were barely four months old when you witnessed your mother being beaten like a puppy,” part of her post read.

“You were in my arms that night at the wheatbaker hotel after he was released from ikoyi prison, it was all laughter at first then prayers of Thanksgiving and next punches.

Fani-Kayode and Chikwendu have been at loggerheads since their separation in 2020.

The former aviation minister and his estranged wife have accused each other of several allegations including, infidelity, domestic violence, to mention a few.