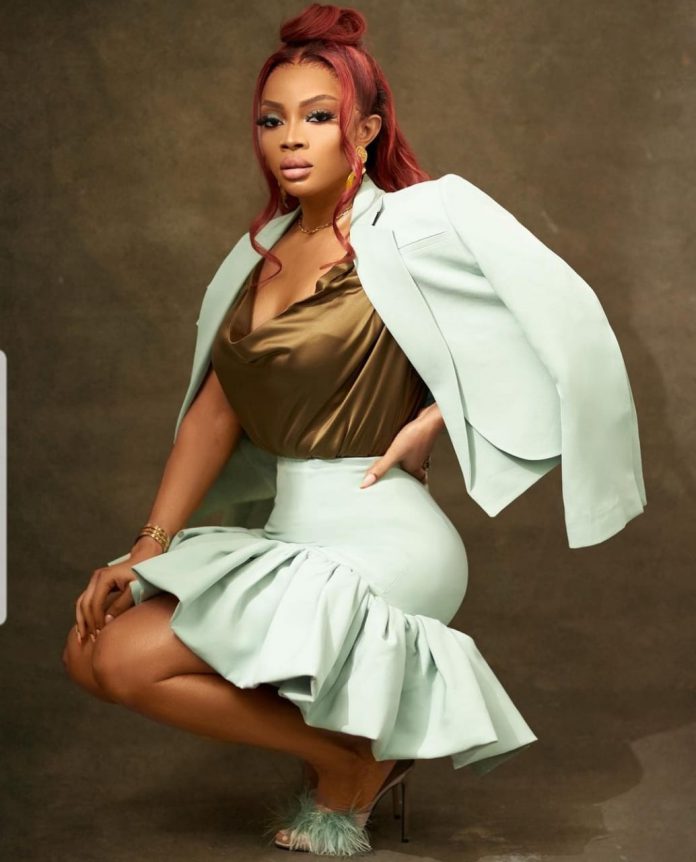 Each episode of The Buzz on Showmax is always filled with shocking revelations about the BBNaija housemates, as well as non-stop gist and belly laughs courtesy of the host, Toke Makinwa, and her interesting guests.

For the fourth episode, Toke was joined by the winner of BBNaija season 4, Mercy Eke, to help unpack all the juicy content that was served in the Big Brother house last week.

To start off they spoke about Pere becoming the Head of House and the “military” regime he brought with him.

Mercy spoke about being on the other side of the coin, so she understands most of the housemates. According to her, Pere is intimidated by WhiteMoney. She went on to say that Pere’s issue isn’t with the kitchen monopoly but with WhiteMoney himself. She says that Pere wants to be the guy WhiteMoney is and be loved by everybody and he can’t have that because the housemates obviously don’t like him.

To talk about ships and friendships, they were joined by Deborah Waters who is popularly called ‘The Outside Housemate’,. The trio dissected the bromance of Boma, Pere, and Michael. According to them, they think it’s an American thing and they find it cute. Also speaking on the bond that happened in the executive lounge between Jay Paul, White Money, and Boma. Mercy and Debby think it’s a strategy by Jay Paul to buy them to his side.

They went on to speak about the Boma and JMK situation, Mercy said plainly that Boma is everywhere and nowhere at the same time. She believes that all the housemates are interested in being with someone or being in a ship and to her, you don’t have to bond with someone to win the game. They also spoke about the Peace, Arin, and Nini triangle and according to Mercy, she didn’t understand why Peace was crying just because of the nomination because there are no friends in the house.

Efe Warri Pikin joined the ladies to talk about all the outbursts of emotion and all the drama that went down in the house. Efe believes that the fights are happening because the housemates are just trying to loosen up and the fights are a result of frustration from being locked up together.

They also spoke about the new housemates and how that changed the dynamic of the house. In their opinion, Maria feels threatened by the new female housemates JMK and Queen and she’ll lose her game if she’s not careful. They moved on to Liquorose and Angel fighting over Emmanuel. Debby was of the opinion that there’s nothing wrong with Liquorose marking her territory but she believes that Emmanuel is attracted to Angel and that’s what could be what’s brewing spite between the girls.

For the special secret diary session which airs exclusively on The Buzz, Saga talked about how people regard him as a fool for chasing Nini despite the fact that she claims to have a boyfriend outside the house. Tega said that the ships in the house have become Okada because it’s all confusing. Maria said she doesn’t like that she’s getting disrespected because of Pere. Saskay was stressed out about Cross having feelings for her.