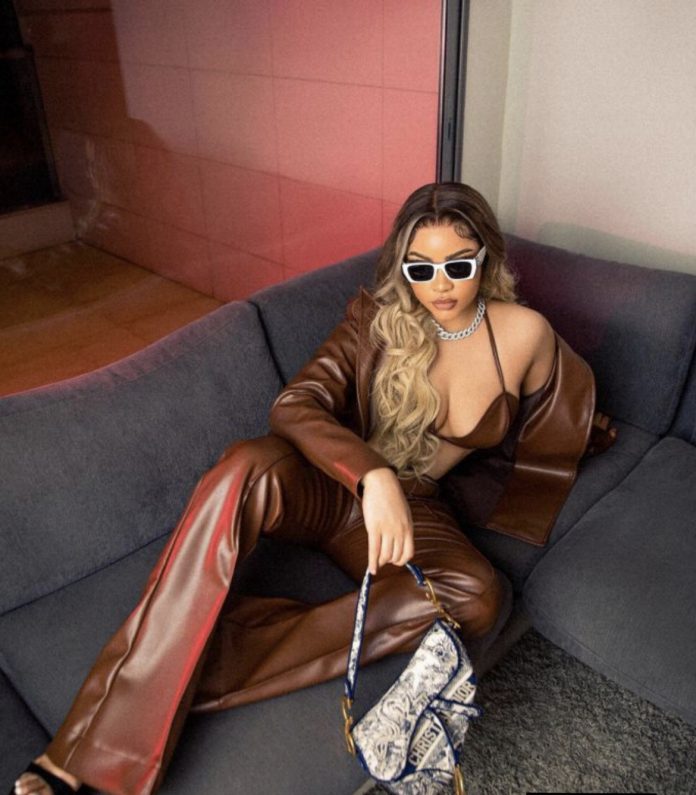 Nigerian Reality TV Star and Enterpreneur, Nengi Rebecca Hampson has reacted after being labelled as the same trait with President Muhammadu Buhari on Twitter.
The drama started when media personality, Ebuka Obi-Uchendu, posted Buhari’s admonition to striking lecturers in the country to call off the strike because they are harming the next generation
“‘Enough is enough. Don’t hurt the next generation for goodness sake.’ President Buhari to ASUU” he tweeted.
In response, a Twitter user Slammed Buhari for always acting oblivious to the happenings in the country and stated that Nengi has the same trait.
“This Man and Nengi get one thing in common, always acting like they don’t know what’s happening around them … The difference is that Nengi is simple and not wicked but him, tueeehhh!”, she wrote.
Meanwhile, another Twitter user who seemed to have a beef with the reality show star, said he thinks Nengi is Buhari’s adviser because she has been ‘benefiting’ from the current administration.
The user went on to list Nengi’s achievement and called on EFCC to investigate her source of income.
“I think Nengi is the one advising that man to be wicked. That girl likes using men to achieve her goals. and she’s the only one benefiting from Nigeria government. Under 2 years, she has a house, car, private business. @officialEFCC should look into her case.”, the troll wrote.
Interestingly, the tweet caught the eye of the BBNaija star and she responded with a rather light-hearted comment.
“Special Adviser to the President, FRN. That’s my NEW Title”, she wrote.

Pelosi’s Asia tour set to kick off under Taiwan cloud