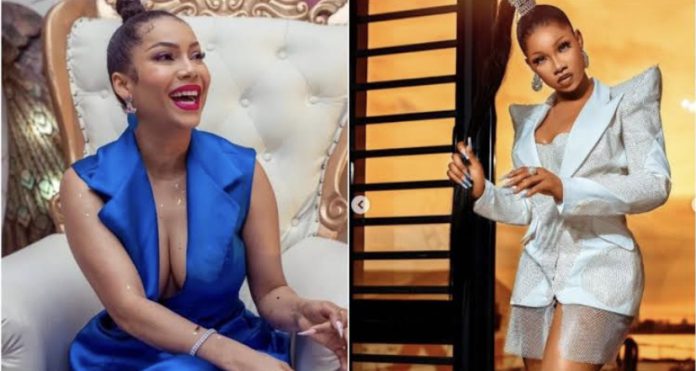 This was coming after their recent clash on a trademark slogan.

It was earlier reported that Maria used Tacha’s signature slogan ‘No Leave No Transfer’, while recognizing her fan base, Marians.

This activated a response from Tacha who promptly took to social media to remind everyone who the owner of the motto is.

To ensure Maria receives the message, Tacha’s fans took to Maria’s comment section to blast her for using their favourite’s slogan, warning her to desist from it.

Maria who cared less about their words and warnings shared a post on illiterates who many believed she was referring to Tacha and her fans.

However, both Maria and Tacha have unfollowed each other on Instagram and this makes it appear there is more to the issue than a ‘slogan’ crisis.

Actress Kiitan Bukola urges women to be submissive to men