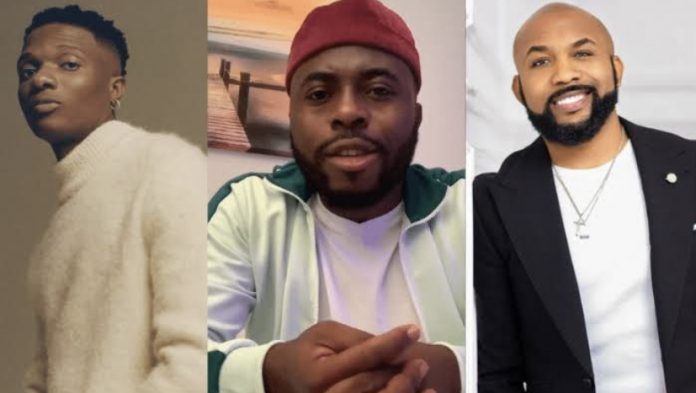 It will be recalled that over the weekend, the music producer alleged Banky W to have told Wizkid to discard his name as a contributor inthe Pakurumo song.

H alleged Banky W of not compensating him for his role to thesong.

In a video he posted on his social media, he said: “ Nigerians makeuna see o! They took my name off and put Steve Micheal ascomposer for pakurumo. @bankywellington how far now? How didwe get to this?

“Claiming all my 11 years royalties for Wizkid superstar album in abit. My Lawyers will reach out it is 50/50.

He, however, urged Samklef to take up the lawsuit with Sony if he is not satisfied with his response.

“Someone should please explain to Samklef that my name is not and was never on this royalty split sheet that he is posting.

“I’ve never controlled it. He needs to take this up with Sony/ASCAP/BMI and his publisher not me. I’ve never taken a dime off those royalties and never will,” he wrote.