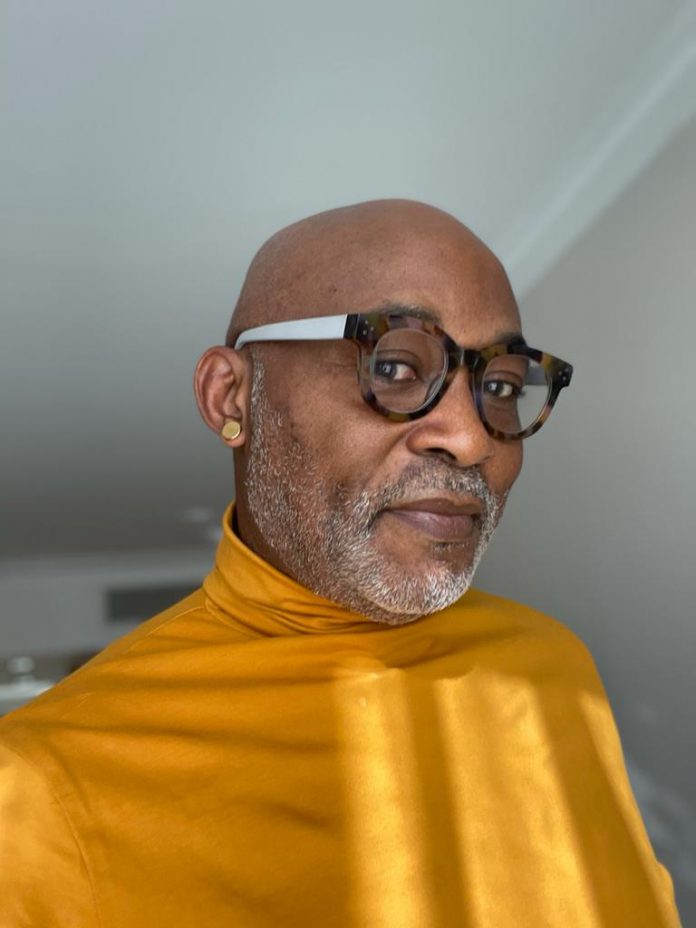 Famous veteran actor, Richard Mofe Damijo, who goes by the moniker (RMD) who will be clocking 60 years old very soon is relishing the fulfilment of his long time desire to wear earrings.

With 60 almost in the bag for the celebrated actor who was a one time Commissioner for Arts and Culture in Delta State, RMD disclosed that he could not had wished for a better time than now to rock his earrings.

In a newly released photos, the actor said he had always fancied the idea of donning earrings, particularly when turned 50 years a decade ago but his political appointment at that time didn’t permit him to indulge in such.

He said further that “When I was turning 50 I had threatened to wear one but I wasn’t too sure how the people of Delta state would feel about an earring wearing commissioner.”

While it is believed that RMD may have worn the earrings for a new movie project, entitled legends, one that would feature popular actors and actresses including Nkem Owoh, Ini Edo, Kate Henshaw among others.

He promised to have a big 60 years birthday celebration party in a matter of weeks.

Level 1 warning issued for damaging wind in parts of Western...