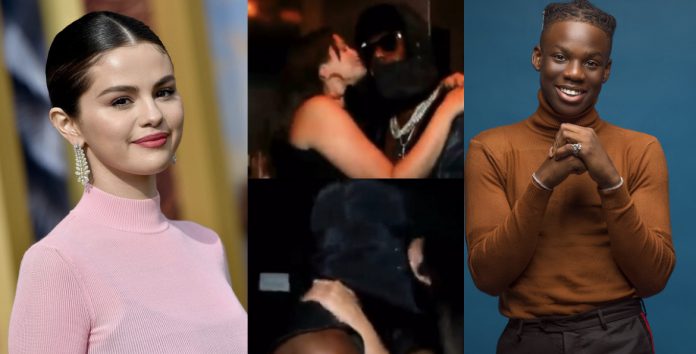 Meanwhile, one of the highlights of the concert that wowed concert goers was when Selena Gomez was captured being cozy with the ‘Calm down’ hitmaker.

In a video posted on Twitter by Rema, the Hollywood star is seen hugging and giving the singer a kiss on the cheek twice.

He captioned the video, “LA gave me Butterflies, Love you @selenagomez & Big ups my brother @6LACK for keeping it real w me! ❤️”