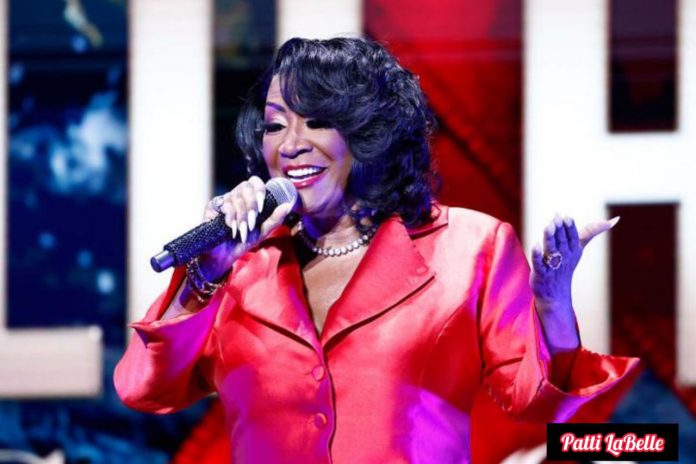 American singer, Patti LaBelle, popularly known as “Godmother of Soul,” was rushed off the stage mid-performance at a theater in Milwaukee, Wisconsin, following a bomb threat.

A video shared online showed two men rushing onto the stage and grabbing the mic stand from LaBelle as she was clutching a bouquet of flowers and spoke to the crowd.

“Hold up. Wait!” LaBelle cries as one of the men grabs her by the arm and forces her to drop the bouquet. Another man in black runs from stage right and snatches LaBelle’s free arm.

The audience’s laughter quickly turns to confused coos as the men escort LaBelle offstage and the musicians abandon their stations to run after the Godmother of Soul.

However, shortly after the incident, the event organizer, Pabst Theater Group, tweeted;

“Tonight’s @MsPattiPatti show at the Riverside Theater has been postponed following a bomb threat investigated by the Milwaukee Police Department.

“We are thankful for the efforts of the Milwaukee Police Department and our customers and staff for their safe and orderly exit.

“We are working with the artist to reschedule the show.”

Police said the venue was safety evacuated and a canine unit was brought in to search the building.

Shortly before 1:30 a.m. local time Sunday, December 11, police said the investigation had concluded and no explosive devices were found.