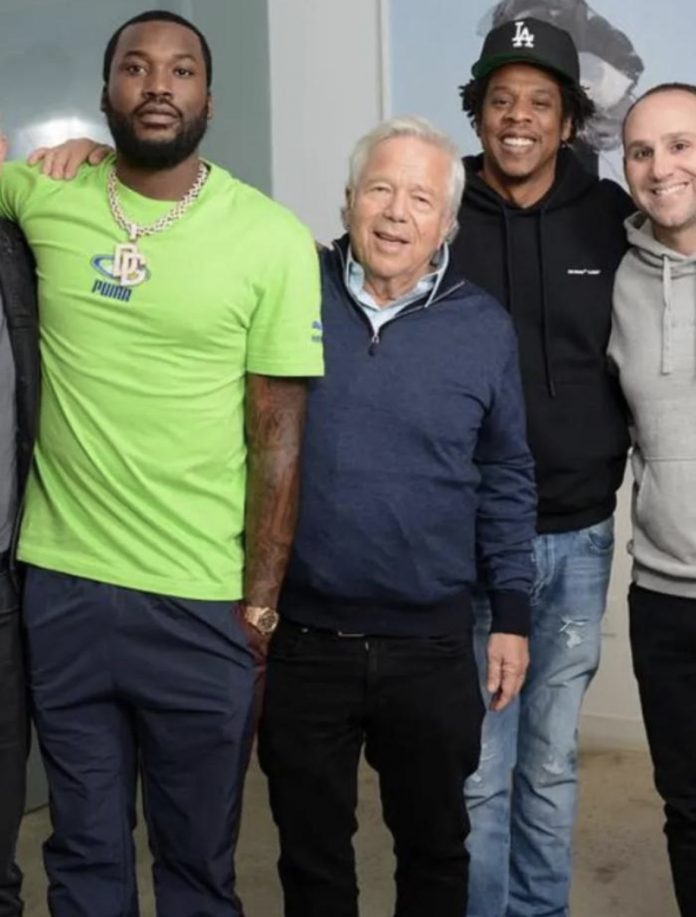 American Rapper, Meek Mill and Jay-Z’s Roc Nation According to the flying report stated that they are breaking up their work together as artiste and management, respectively.
Mill, who first signed with Roc in 2012 under a management deal and had together nabbed plenty of triumphs and trophies together, is no longer featured on the company’s website and has been removed from their social media pages.
It would be recall that In 2019, Meek scored a joint venture deal with Roc for his imprint Dreamchasers, where he became president.
Following his incarceration in 2018, Meek also teamed up with Jay-Z the following year and created Reform Alliance — a non-profit organization set to eliminate unjust sentencing laws in the United States.
Meanwhile, this unfortunate news was long-anticipated after Meek Mill had a lot to say about Hov’s firm back in February of this year.
The bombshell breakup comes shortly after the rapper vented extensively about his label situation with Atlantic Records.
Back in February, as mentioned, Meek lit up Atlantic on Twitter for allegedly dropping the ball on his last album.
The furious rapper described the treatment as “Expensive Pain” and apparently, it’s been downhill ever since.
Check out the rapper’s outburst on Twitter;
Roc Nation was instrumental in helping Meek Mill get out of jail in 2018, the label subsequently named the rapper a co-head for the social justice non-profit, Reform Alliance.
Consequently, Meek Mill’s engagement with Reform Alliance directly put him in rooms with tons of important people.