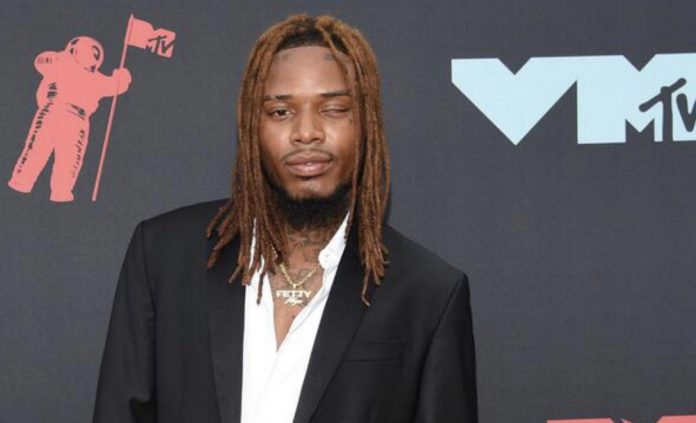 American Rapper, Willie Maxwell, popularly known as Fetty Wap, has pleaded guilty to a conspiracy drug charge that carries a mandatory five-year prison sentence.
According to reports, the “Trap Queen” rapper was in Long Island Federal Court on Monday, August 22, 2022 where he pleaded guilty to conspiracy to possess and distribute 500 grams of cocaine
The guilty plea comes with a mandatory minimum sentence of five years in prison and a maximum of 40 years.
The plea in Central Islip on Long Island came before U.S. Magistrate Judge Steven Locke, who had revoked the rapper’s $500,000 bail and sent him to jail two weeks ago. No sentencing date was immediately set.
Locke took that step after prosecutors said that Fetty Wap, has threatened to kill a man during a FaceTime call in 2021, violating the terms of his pretrial release in his drug case.
Recall that, The rapper was initially arrested last October on charges alleging he participated in a conspiracy to smuggle large amounts of heroin, fentanyl and other drugs into the New York City area..
He pleaded guilty to conspiracy to distribute and possess controlled substances, the top charge in an indictment against him, though the plea pertained only to cocaine. It carries a mandatory minimum sentence of five years in prison while federal sentencing guidelines are likely to recommend about two additional years in prison. The plea spared him from a potential life sentence if he had been convicted on all the charges he faced.
Maxwell and five co-defendants were accused of conspiring to possess and distribute more than 100 kilograms (220 pounds) of heroin, fentanyl and crack cocaine between June 2019 and June 2020. Two codefendants also have pleaded guilty and await sentencing.
The scheme allegedly involved using the U.S. Postal Service and cars with hidden compartments to move drugs from the West Coast to Long Island, where they were stored for distribution to dealers on Long Island and in New Jersey, prosecutors said.
Maxwell rose to prominence after “Trap Queen,” his debut single, reached No. 2 on the U.S. Billboard Hot 100 chart in May 2015.
The Long Island arrest was not his first. In 2019, he was arrested in Las Vegas for allegedly assaulting three employees at a hotel-casino. He was also arrested in November 2017 on a DUI charge after police said he was drag racing on a New York City highway.

Why load shedding is wreaking havoc with cellphone networks

Anita Joseph: I’ll continue to be toasted by men even at...

Why confrontation with Tiwa Savage was not “chaotic”, says Seyi Shay