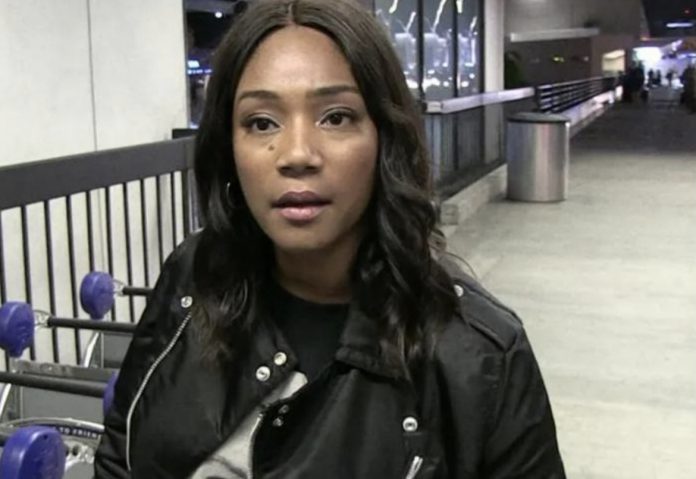 American stand-up Comedian, Tiffany Haddish has reacted to the lawsuit filed by two people who said they were sexually abused in a comedy sketch when they were children.
The comedian took to her Instagram page on Monday, stating that she regrets doing the sketch but can’t say much more.
“I know people have a bunch of questions. I get it. I’m right there with you. Unfortunately, because there is an ongoing legal case, there’s very little that I can say right now.”
She went on to express remorse, saying:
“But, clearly, while this sketch was intended to be comedic, it wasn’t funny at all – and I deeply regret having agreed to act in it. I really look forward to being able to share a lot more about this situation as soon as I can.”
The two plaintiffs, a male and a female, say Tiffany and Aries Spears “groomed” the then-14-year-old girl and her 7-year-old brother.
The boy says he was molested by both defendants, Tiffany Haddish and Aries Spears.
Apparently, the siblings said their mother tried to reach a $15,000 settlement with Spears over the alleged molestation video.
They are going after Haddish and Spears for damages.