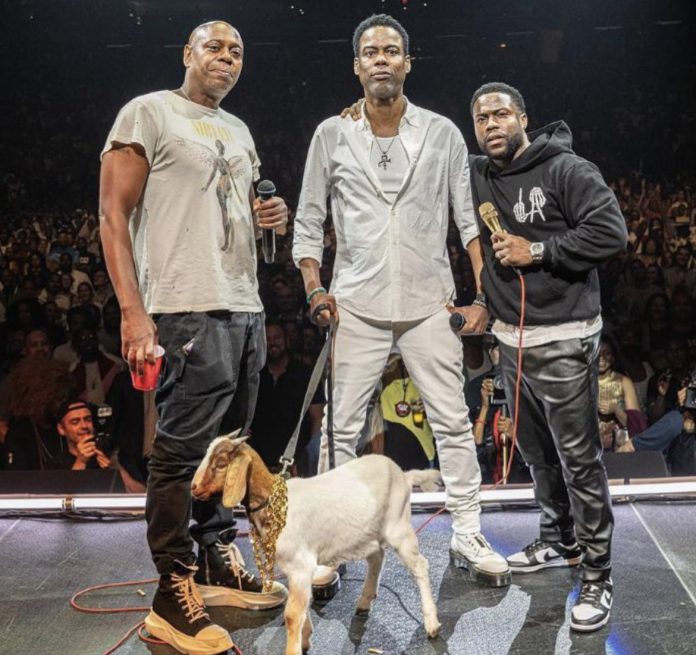 American Comedian and Actor, Kevin Hart trolled Academy Award-winning actor Will Smith recently after buying Chris Rock a goat named after Smith.
Hart presented Rock with the goat whilst on stage at the iconic New York venue, Madison Square Garden.
The duo performed together at MSG, with their set opened by another comedy legend, Dave Chapelle.
After the set, Hart walked onstage with a goat to present to Rock.
He said the animal is a gift to Chris but the comic wasn’t too impressed.
“You have to keep the goat. I bought you the f*cking goat,” Kevin told Rock.
“I have an apartment, Kevin. They barely let n*ggas in there,” Chris replied.
Chapelle stood onstage amused and asked what the goat will be called.
“The name is Will Smith,” Hart hilariously announced.