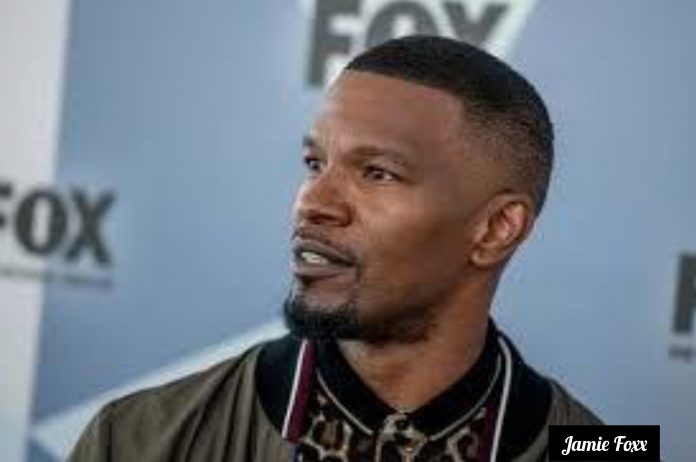 American actor, Eric Marlon Bishop, popularly known as Jamie Foxx was denied entry to American rapper, Cardi B’s 30th birthday party.
Cardi B held her 30th birthday party at Poppy in LA with a multitude of stars in attendance.
According to report, Foxx who appeared at the venue late was turned away from the party due to a miscommunication with the doorman at the location after he showed up with too many guests with him.
In the viral video, the Oscar winner could be seen switching out his Nike Air Force 1s sneakers for a fresh pair before walking to the venue. As he approached the door with his retinue and security, the actor was held up by a doorman who wouldn’t let him in.
Meanwhile, after a few minutes, Foxx made his way back to his Rolls Royce where paparazzi asked why he was rejected, moments later, the door guy came running after the star to let him know that he was actually cool to go inside.
However, Foxx on the other hand wasn’t having it, saying, “No, we not good. Nah ni**a, it’s all good! I love you, but it was too much.” With all this happenings, Cardi had no idea what was going on.