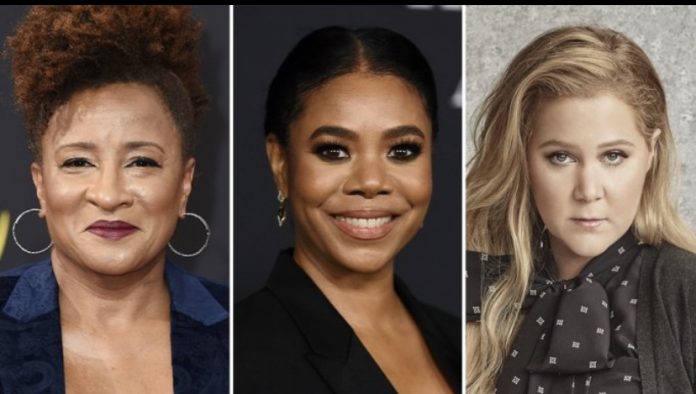 Organisers of the Oscars, the Academy of Motion Picture Arts and Sciences have declared openly that three hosts will be hosting the 94th edition of the awards.

The hosts are Wanda Sykes, Regina Hall, and Amy Schumer, who will anchor the awards as announcers of the event.

It was reported by Entertainment Weekly on Tuesday that the 2022 edition would be the first time in over four years that the awards event would be hosted by three people.

The programme producer of the Oscars, Will Packer, wished that the hosts would bring their productivity to the event saying, “three of the most dynamic, hilarious women with very different comedic styles.”

The Preshow hosts for the 2021 edition were actress, Ariana DeBose, and actor and comedian, Lil Rel Howery.

The British-Nigerian actor, David Oyelowo, played host for the 2019 edition of the awards as the ace comedian, Kelvin Hart, who was earlier billed to host the event, had to step down due to accusations of past usage of homophobic and transphobic comments.

Nkechi Blessing dated me for sex and money – Opeyemi Falegan