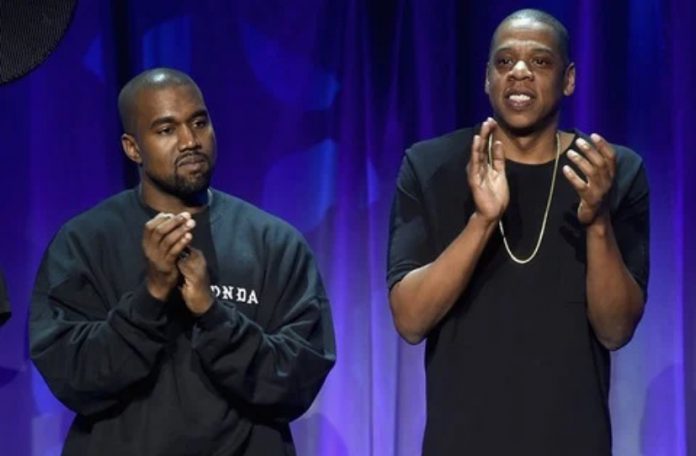 Both Kanye West and Jay-Z have appeared to put an end to their lobby term beef after they collaborated for a song on ‘Donda’, on the former’s latest album.

The duo have been at loggerheads since they last collaborated on ‘Pop Style’, a song by Drake, in 2016.

West had earlier informed that he felt “hurt” that Jay Z and Beyoncé didn’t show up at his wedding to Kim Kardashian in 2014.

The ‘Ye’ singer had also called Jay-Z and his wife during his ‘Saint Pablo Tour’ in 2016.

In December 2019, they both appeared to have buried the beef when they both turned up for the 50th birthday of Diddy, their colleague.

Recently, the duo further amazed over 42,000 fans who gathered for Kaye West’s new album launch at Atlanta’s Mercedes-Benz Stadium when Jay-Z’s voice echoed through the speakers for the final track.

“Donda, I’m wit your baby when I touch back road,” he raps in the collaborative track.”

“Told him stop all that red cap, we goin’ home / Cannot be with all of these sins casting stones / This might be the return of The Throne / Hova and Yeezy like Moses and Jesus.”

Blinken urges Kenyans to stay calm as vote-tallying gets underway