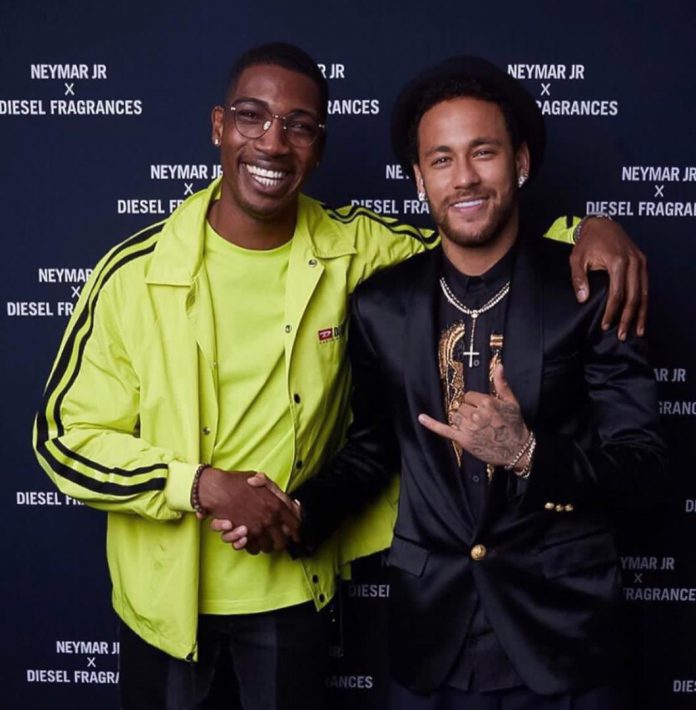 Nigerian born fashion model Abraham Adegeye’s profile has continued to soar high in the fashion and lifestyle industry to admiration of many with many people now looking up to him in the fashion realm.

The Austrian-based fashion influencer is a ready to face for the paparazzi that always accompanied such an accolade.

Abraham who has worked with many multinational brands recently teamed up for Diesel Fragrances alongside Brazilian soccer star, Neymar to create a scent that’s totally worthy of the podium and your bathroom shelf.

Neymar and Abraham are the first set to front a Diesel fragrance, involving in all aspects of the fragrance’s creation, not just the campaign.

Not a man of little dream, Abraham’s big dreams have paved way for him in the fashion industry. Within a short time, he has worked with many top international brands including Timberland, Umbro, G-star, Coca-Cola, Diesel and H&M.

He has also handled activation for great names like About You, Fossil, Vans, Converse, Pacsun, Calvin Klein and Gant.

Abraham has also been a part of an international campaign for the soft drink brand, Sprite, which tackled the topics of cyber-bullying and diversity.

This campaign featured on TV, receiving plenty of media coverage and also formed an app which appeared during thousands of YouTube videos.

But Abraham says he does want to do a lot more modelling campaigns, and he will always continue uploading photos and videos for his online followers.

Awaziem back to fitness as Eagles round off group phase campaign