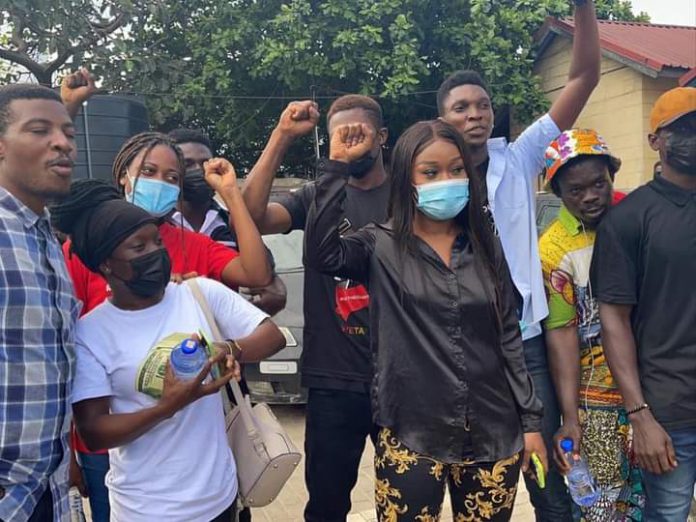 Popular Ghanaian actress, Efia Odo has been freed from police custody. She was arrested as one of the conveners and  alongside 14 others on Friday, June 25, 2021, over the #FixTheCountry Campaign in Ghana.

Announcing her freedom in a tweet, Efia Odo said “little bruises on the way to fix the country.”

Campaigners of #FixTheCountry have been agitating that President Nana Akufo-Addo’s regime is to fix the economic mess it has created for Ghanaians.

Efia Odo and the 14 others, according to a member of the #FixTheCountry campaigners’ legal team, Oliver Barker-Vormawor, said:

“Efia Odo and 14 FixTheCountry Supporters, including my kid brother, have been arrested by the Ghana Police Service. They were waiting for the ruling of the court at 1:30pm. #FixTheCountry,” he wrote on Facebook.

Efia Odo has however urged supporters to be present at the court on Wednesday.