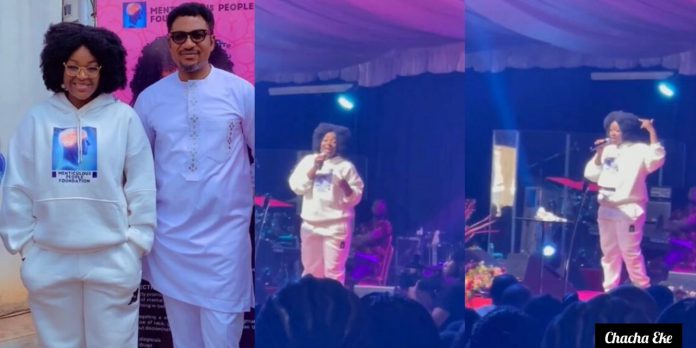 The actress revealed this in the House on the Rock Church in Asaba on 27th November, 2022, giving detailed testimony to the congregation during the service.

According to her, she started throwing away all their property and was also vandalizing properties in the hotel, adding that the incident became quite intense to the point that she felt what she needed at the time was to go to the hospital, a motion which her husband later obliged to.

ChaCha then revealed that she and her husband were ignorant of the mental illness as they felt it was either demonic attack, voodoo, or marine spirit. They even blamed some family members for being against their marriage.