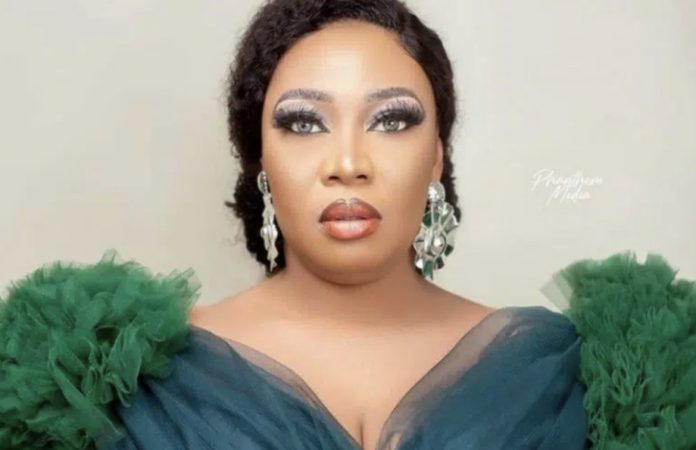 Nollywood actress, Adebimpe Akintunde has reacted to the proposed warning strike by the Power Holding Company ot Nigeria, PHCN
The company had earlier put the country in total blackout when their demands to the government were not met.
While reacting to the strike and other issues lots of Nigerians are dealing with at the moment, Akintunde wondered why Nigeria became this horrible.
She wrote: ” Which kin country we dey so 😢 our Government don turn to Onigbese home and Abroad 🥹🥹🥹🥹 they owe ASUU come owe TCN join come throw us into darkness 😢😢😢😢 NIJA!!!! Who do you laidis ???? How far Light dey your side 🧐 we go leave our investment JAPA because of Bad Government???? Haaa 🥲🥲🥲🥲
It would be recalled that total blackout was earlier experienced across the country as electricity workers threatened to begin strike, shutting down transmission stations.
Meanwhile, many parts of the country are now experiencing power outages as members of the National Union of Electricity Employees, NUEE, threatened to commence an indefinite industrial action August 17, an action which they later reversed.
The Members of the electricity union are however, bent on protesting the nonpayment of outstanding arrears owed to former workers of the defunct Power Holding Company of Nigeria (PHCN), suspension of conditions of service and career path for workers and the directive by the TCN board to conduct promotion interviews for acting principal managers who are moving to Assistant General Managers .
According to data from the Independent System Operation (ISO), a section of TCN, power generation on the grid was 4,149.40MW as of 6am from 21 power plants on Wednesday but drastically dropped to 1,635MW from 17 plants.
By 12 noon, the grid had crashed to 1,246.40MW as three power plants went off, and by 1pm, the grid dropped to 762.30MW with just 13 plants active. The peak generation achieved on Tuesday was 4,829MW.
Some of the transmission companies have taken to social media to inform their customers of the power cut due to the strike.
A video shared online shows electricity workers shutting down Abuja TCN station over the strike as they vowed to resume the strike in two weeks time if all their demands are met by the Federal Government.

See Reactions as Davido, Chioma gush over each other