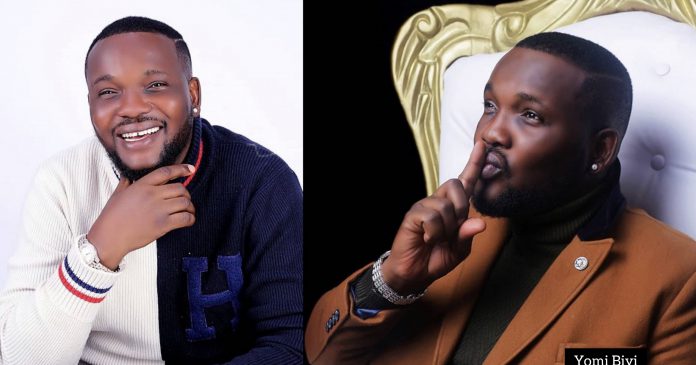 Popular Nollywood actor, Yomi Fabiyi has taken to his social media page to announce that he’s in search of a new girlfriend.
single and ready to mingle.
Yomi who said he’s single and ready to mingle, asked Nigerians to refer good ladies to him, preferably an actress or someone in the film industry.
This comes barely a month after he was called out by his babymama, Jimoh Grace, for alleged assault and verbal abuse.
The controversial Nollywood actor wrote,
“I am single and ready to mingle.
Who has a girlfriend they are not using or don’t know her value, ha ha ha.
Don’t worry, whatever you know is HER PAST with you. Change is the only constant thing, I DON’T KNOW THESE PASTS, YOU DO. I will see a new lady. Caveat! YF”
OYA NAH. Tag that babe you don’t love again or appreciate, I don’t mind but must be ready to be in the industry if possible. Doubt if I can chase babe busy in an industry I am not so familiar oh. I don’t even know how to toast again.”