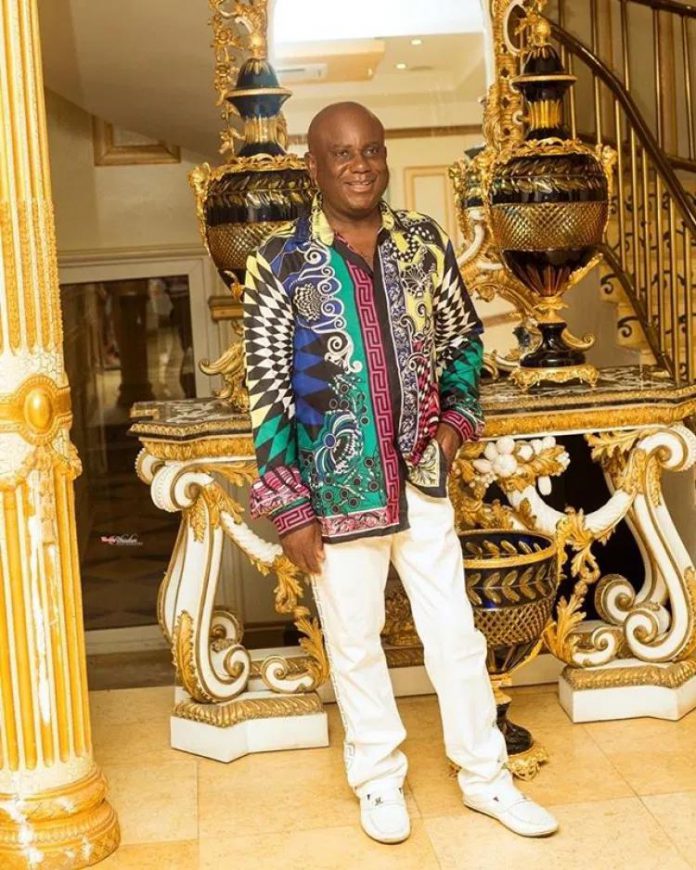 Billionaire businessman,Terry Waya sets Abuja aglow some days ago as he celebrated his 60th birthday. Waya who is the father of Big Brother Naija star, Kidd Waya is not new to throwing up big surprises for people but in his birthday, he received same gesture from top Nigerian socialites and associaties.

The man popularly known as ‘Mr Interconnectivity’ by his teeming friends and admirers as expected did not allow the day passed without having a ball.

He hosted the crème de la crème of the capital city to a dinner at an high brow restaurant.

The likes of Chief James Ibori, Dr Orji Uzor Kalu, Hajia Bola Shagaya, Hon Femi Gbajabiamila, Festus Keyamo, Segun Awolowo and a host of many friends were all there to sing Waya a birthday song and wished him many more years.

The celebrant started the day uploading some flamboyant series of his past life on social media and drew a lot of attraction before he announced his new age.

Bullgod stirs up Ghanaians to Troll Black Sherif If He Does...