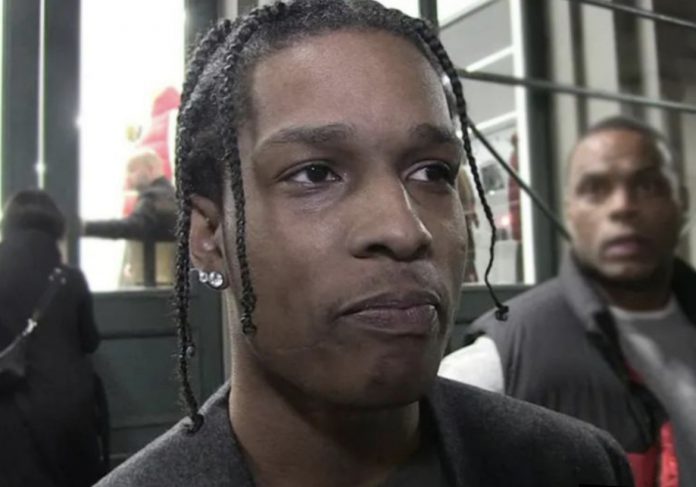 American rapper A$AP Rocky has been sued after getting arrested in April over the alleged shooting of a victim, identified as the former group member of the Rapper.
According to the lawsuit, Terell “A$AP Relli” Ephron, the former A$AP Mob member who said the Rapper was the victim claims the shooting went down on November 6 in Hollywood.
Ephron however said A$AP Rocky set up a meeting and initiated a verbal altercation leading to gunshots which led him to pull a handgun during the argument, pointed it at him, and fired.
He further claimed Rocky fired multiple shots, with bullet fragments striking him, suffering injuries to his hand.
A$AP was later arrested at LAX in April, with the police waiting for him to get off his private jet from Barbados.
Rocky was arrested for assault with a deadly weapon and taken away in handcuffs.
There’s some bad blood between the A$AP Mob and Relli, with A$AP Bari claiming Relli snitched on Rocky.
Relli alleges that a large chunk of the shooting event was captured on video, corresponding with what LAPD sources reported in April.
Meanwhile, Ephron is suing Rocky for monetary damages.
He says that the shooting has caused him severe distress and that he is losing business as a result.