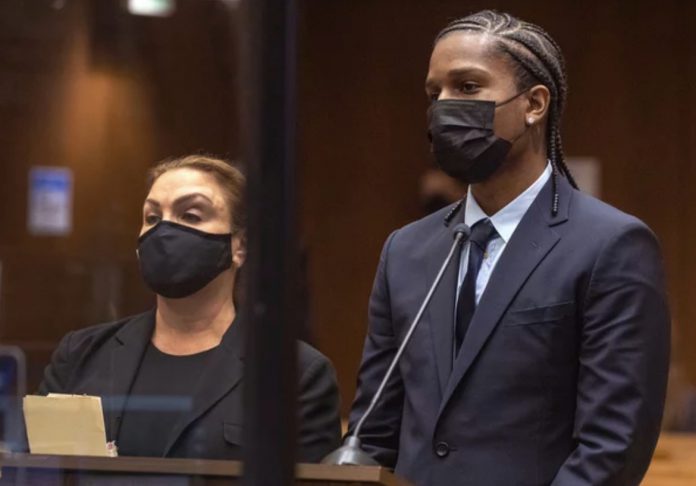 Rapper A$AP Rocky, has pleaded not guilty to two counts of assault charged against him after allegedly using a firearm during an altercation.
The charges are related to a shooting involving a former friend of the recording artist which occurred in Hollywood last November.
The Rapper was arrested in April and later released on bond as he remains free until the next court date on Nov. 2, according to the Los Angeles County District Attorney’s office.
District Attorney George Gascón announced the felony charges on Monday, saying ASAP Rocky is facing allegations of personally using a firearm during an altercation.
On Nov. 6, 2021, the Rapper allegedly pointed a semiautomatic handgun at the victim, drew the gun and fired twice in the direction of the victim, according to prosecutors.
The LAPD said the victim suffered a minor injury from the shooting.
An attorney for Mayers didn’t immediately respond to a request for comment.
“Discharging a gun in a public place is a serious offense that could have ended with tragic consequences not only for the person targeted but also for innocent bystanders visiting Hollywood,” Gascón said in a statement Monday. “My office conducted a thorough review of the evidence in this case and determined that the addition of a special firearm allegation was warranted.”

NPP’s NEC meeting over dates for primaries ends in deadlock

Katherine Schwarzenegger speaks on her blessings as a new mother