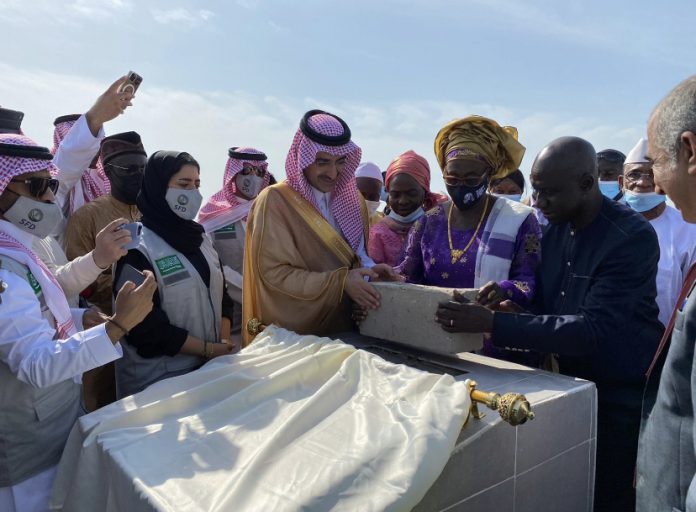 • Vice President of the Gambia praised the SFD loan, which will increase airport capacity by over 40% and support economic development

The Saudi Fund for Development (SFD)recently took part in an official inauguration ceremony to mark the completion of the Banjul International Airport Rehabilitation and Development Project in The Republic of The Gambia.

The SFD supplied a loan worth $31 million to fund the project which will increase the airport’s operationalcapacity by 43%, enhancing trade and supporting economic growth.

In addition, the SFD has provided a further US$10.5 million loan to build a VVIP airport lounge which willprovide facilities to host official delegations and international conferences. The foundation stone for the new VVIP lounge was laid during the official inauguration ceremony by the Gambia Vice President Dr Isatou Touray and the CEO of the Saudi Fund for Development, Sultan bin Abdulrahman Al-Marshad.

The Gambia Vice President Dr Isatou Touray thanked the Kingdom of Saudi Arabia through the SFD for its commitment to sustainable infrastructure projects,including the development and expansion of Banjul International Airport, which will increase the living standards of two million people.

Sultan bin Abdul Rahman Al-Marshad said, “This is an important milestone in the growth and prosperity of The Gambia. The development of Banjul International Airport is an extension of the ongoing support provided by the Kingdom of Saudi Arabia to the Republic of The Gambia, which includes 14 development loans and five grants with a total value of US $215 million across transport, education, water, and economic development.

“This scheme is just one of over 20 projects the SFD has supported in the air transport sector around the world at a value of US$294 million, including the construction of runways, provision of engineering consultancy, and expansion of navigational services, aimed at stimulating sustainable economic and social growth.”

During his visit to The Gambia, the CEO of SFD will also lay a foundation stone for a major infrastructure project in the country’s capital, Banjul. The result of a financing agreement between SFD and the Government of The Gambia, the new roads project will have a budget of US$50 million. Covering over 50km, it will aim toreduce traffic congestion across the city.