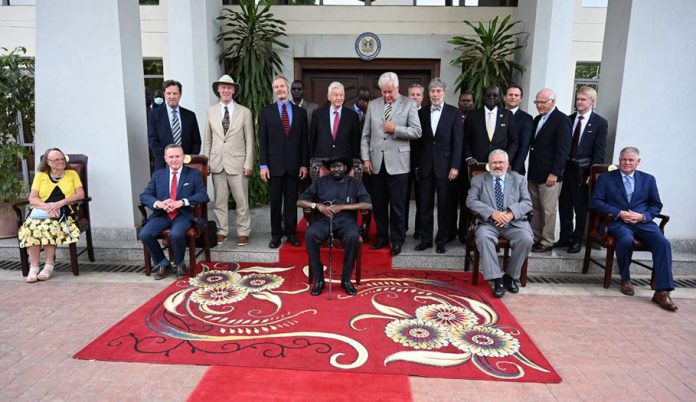 President Salva Kiir explained that lack of “genuine partnership’’ has dragged out the implementation of the pending tasks in the peace agreement.

President Kiir stated this during the opening of the sixth Governor’s Forum that began in Juba on Tuesday.

“Despite what we have achieved as parties to the agreement in the last four years, we are also aware of frustrations from our partners over the pace of the Revitalized Peace Agreement implementation.

“What was missing in this collective desire to see the agreement implemented to the letter and spirit was, and still is, a genuine partnership.”

Though the president was not explicit about the nature of the genuine partnership, the activists and the international community have also mentioned political ill-will as a hindrance to fully implementing the deal, seen as the holistic solution to the protracted conflict in the country that has claimed thousands of lives and displaced millions already.

The parties reached a deal in August 2022 and pledged to adhere to its provisions, however, persistent lack of “genuine partnership” could continue to be a source of worry as some of the provisions, especially on the security arrangements, have apparently approached the deadline with little done.

Meanwhile ,Kiir said the forum would shape the discussions and breathe fresh air of commitment to the roadmap, going into the new era of a 24-month extension.

“My hope is that your deliberations will be beneficial to the process of putting our country permanently on the path of peace,” he added.

“Deadline for Aster Guardians Global Nursing Award 2023 worth US $250,000 extended till 12th December“